SACE (CDP Group) with MAC Costruzioni in Morocco for a deal of € 4,2 million

SACE, which with SIMEST forms the export and internationalization hub of the CDP Group, has insured a contract for MAC Costruzioni worth € 4,2 million. 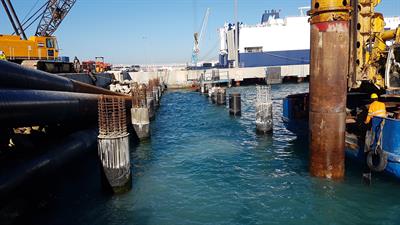 The Veneto-based company, active in the development of high and medium-level civil works, won a contract to build a new section of quay in the port of Tangiers, Tanger Med 1, a hub for trade in Morocco because of its favored position on the Strait of Gilbraltar, Europe's gateway.

“It Is a necessary support for the financial development of this important contract that has enabled MAC to finalize a detailed internationalization plan – stated Miatto Andrea, legal representative of MAC Costruzioni –.  "I trust that this project will bear witness to the quality of services offered by Italian firms in the construction sector, also abroad.”

This initiative not only confirms SACE's commitment to the companies of Veneto – where in 2016 it supported more than 1,800 companies through its offices in Venice and Verona, mobilizing € 2,2 billion in resources – but also its attention to markets on the southern rim of the Mediterranean, essential for Italian exports.

MAC Costruzioni began its activity with the restoration of the artistic heritage of Venice and Padua. Over the years, it has expanded its business from civil and industrial construction to the rail and maritime sectors.