SACE (CDP Group) and BPER Banca for the SMEs of Southern Italy: together for the exports of Librandi Antonio and Nicodemo

BPER Banca and SACE, which with SIMEST form the export and internalization hub of the CDP Group, have finalized two deals with Librandi Antonio and Nicodemo for a total of € 350,000. The winery will use the resources to obtain raw materials necessary to accomplish orders for foreign customers. 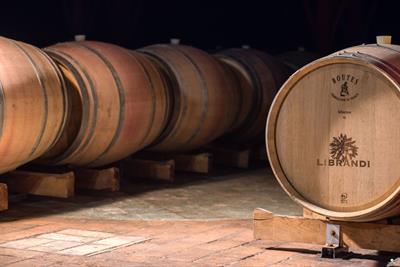 “The instruments used to sustain the financial needs of companies that – like ours – are commited to promoting Made in Italy products around the globe, are a important means to support international growth – stated Teresa Librandi, Head of Administration, Finance and Control of Librandi–. They are also indispensable for consolidating the positions acquired, particularly in an industry like ours, characterized by strong competition worldwide”.

SACE, active in the territory  with its Bari’s office, and BPER Banca confirm not only their commitment to the agri-food, one of Italy's primary exporting sectors, but also their presence at the side to the SMEs of Southern Italy. This is a fundamental support for their internationalization and a sustain that lasts over time. The SME of Cirò Marina (KR) have benefited on other occasions from the guarantees offered by SACE, which have enabled it to expand its sales in markets such as the EU, Australia, United States and Asia.

Librandi Antonio and Nicodemo began its activity in the early '50s in the Cirò DOC area, becoming one the most successful wine-making firms in the South of Italy. It has received numerous awards over the years for its products. The company also conducts an intense R&D activity to improve the quality of its wines.