SACE, which with SIMEST forms the export and internationalization hub of the CDP Group, and Deutsche Bank have finalized a € 5 million loan in favor of Pastificio Di Martino, an long-standing company of Campania that produces pasta. 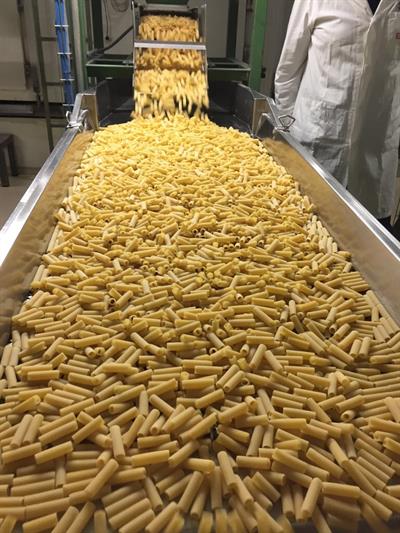 The loan, issued by Deutsche Bank and guaranteed by SACE, is earmarked for sustaining the costs to purchase a controlling interest in Grandi Pastai Italiani, which will enable Di Martino to increase production and the export share of sales and expand the marketing of its product to new market segments.

“From Gragnano, city of pasta, to Italy, homeland of fresh pasta: we are meeting this new challenge with our characteristic passion," declares Giuseppe Di Martino, CEO of Pastificio Di Martino. "A tradition handed down from pastamaker to pastamaker that will lead our company to sales of € 250 million in three years, extending the most famous gastronomic traditions of Italy. We have increased the number of group production facilities to seven, located in three regions (Campania, Emilia-Romagna and Lombardy). We can therefore increase our production capacity but also differentiate our product range.”

For more than a century Pastificio Di Martino, with its historical location in Gragnano (NA), has represented Italian excellence in the production of Pasta di Gragnano IGP and owns the Pastificio dei Campi and Antonio Amato brands. Founded in 1912, the family-run company is led today by the third generation, which has taken the quality of Di Martino pasta to the international markets, especially the United States and United Kingdom.

Campania confirms its position as first exporting region in southern Italy. In the first nine months of 2017, regional exports showed an increase of 2.1%. The agri-food sector, excellence of Campania exports, accounts for over 30% of total sales abroad, and in the first nine months of 2017 the exports of farm products increased by 8.8%, primarily to France, Poland, Sweden, and the United States. The industrial districts of greatest prestige in Campania include the food sector in Naples and Avellino, the production of buffalo mozzarella, the farm products of Piena del Sele, and the preserves of Nocera. In the first three quarters of 2017, Campania exports also registered excellent performance in the automotive (+10.9%), metallurgical (+ 9.9%), pharmaceutical (+12.9%), and plastic and rubber goods (+4.5%) sectors.