Africa is considered as a high-potential market for Italian SMEs. In fact, with the support of SACE and its offices in Africa (Johannesburg and Nairobi), FuturaSun has exported to Uganda photovoltaic panels for a total amount of € 120,000.

The support of SACE, which with SIMEST form the export and internationalization hub of the CDP Group, has enabled FuturaSun to offer competitive payment conditions to a customer in Uganda, insuring itself against the risk of default due to commercial and political events.

The company, which is based in Cittadella (PD), has been operating in the Venetian photovoltaic district since 2008 and it is specialized in the production of ultra-high-performance solar panels, which are sold in Italy and abroad (Latin America, Asia and Africa). FuturaSun has been the first producer of photovoltaic modules in Europe to be certified under the new IEC 61215:2016 international standards, issued in March 2016.

This initiative confirms the commitment of SACE and SIMEST to the SMEs which operate in Veneto, where in 2016 - through their offices in Venice and Verona - they supported over 3,000 companies, mobilizing € 2,2 billion of resources. Italian exports to Uganda reached € 63 million in 2016, 42% more than the previous year. Capital machinery resulted as the leading sector (35%), followed by wood products (30%). The sectors which offer the greatest opportunities for Italian companies in the coming years are energy, capital machinery, buildings and infrastructures. 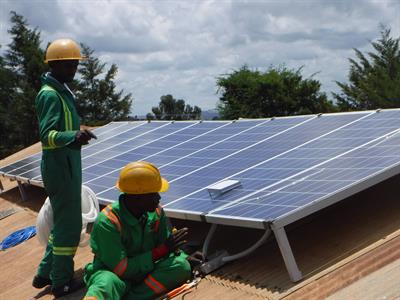