When autocomplete results are available use up and down arrows to review and enter to select..
Deals SACE - 26 September 2018

UniCredit and SACE SIMEST, the export and internationalization hub of the CDP Group, are supporting the international growth of Magaldi Power, a company specialized in the production of industrial plant and equipment for transporting materials at high temperatures. 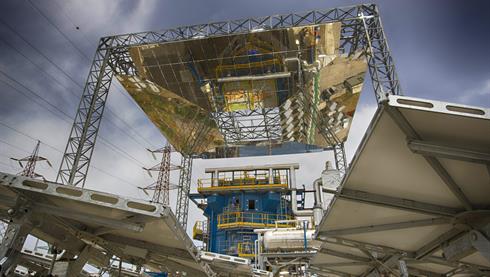 As part of the initiative, UniCredit issued two bonds, guaranteed by SACE, for the proper execution of the contract and repayment of advances received, that enabled Magaldi Power to receive an order worth €19 million covering two units for the extraction and transport of ash on two production units of the “Carbon Dos” thermoelectric power plant in Cohauila State (Mexico).

The transaction was coordinated by the Corporate Campania Sud Area of UniCredit in Salerno and the SACE offices in Naples. This longstanding collaboration between SACE and the Salerno-based group has enabled the company, active in Italy with cutting-edge projects, to expand its export markets. Magaldi also received support recently from SIMEST in the form of a loan to bolster its presence in the U.S. market, a hub for trade with Canada and Mexico.

Through this initiative, SACE SIMEST confirms its support to companies in the Campania region, engine for exports to southern Italy. Through its Naples office, the Hub has served more than 1,000 companies in the past year alone, mobilizing €180 million in resources.

“Since the 90s, Mexico has been a land of great opportunities for the Magaldi Group, and the Carbon II project is an excellent example as the largest single contract ever signed by a group company," Sales Manager, STEM Division and Mexico, of Magaldi Power. “Besides the obvious economic value, the awarding of the contract to our company confirms the absolute quality of our technological solutions, patented and produced in-house by Magaldi”.

Founded in 1929, the Magaldi Group is world leader in R&D on conveyors for materials at high-temperatures and under severe processing conditions, used in thermoelectric power stations, foundries, steel plants, mineral processing plants, cement plants, incinerators, and biomass stations. The group holds 250 proprietary patents deposited worldwide and has furnished over 1,200 installations to 39 countries and five continents. It is always ready to seize new opportunities fo growth in foreign markets and in recent year has developed leading-edge projects in the renewable energy sector, developing and patenting in Sicily the world's first CSP (concentrating solar power) plant using sand to store the energy generated from sunlight. The company has offices in the United States, Australia, India and Germany and provides solutions worldwide based on a vast range of patented technologies that ensure total reliability, longer useful life, minimal maintenance, and water and power savings.

Mexico: a land of opportunity

Mexico is experiencing a phase of strong economic development: already the no. 1 market in Latin America for Italian exports, it also offers good opportunities in the medium and long term. In 2017, goods exported to the country totaled €4,3 billion, and Italian exports registered health growth rates (+15.1%). Positive performance is also projected for the next four years (annual average of + 7.1%), and this will offer ample room for foreign companies interested in investing in the country, with the best opportunities both in traditional sectors (oil & gas and manufacturing) and in other segments of the economy (apparel, telecommunications, and tourism). SACE: Paola Valerio is the new OECD’s Export Credits Group Chairman
Paola Valerio, Head of International Relations at SACE, has been elected Chairman of the OECD Working Party on Export Credit and Credit Guarantees (ECG), and Vice-Chair of the Participants' Group
Push Strategy SACE - 17 November 2022
Business opportunities in Mexico for Italian companies thanks to SACE, BNP Paribas, BBVA, and HSBC
A pool of banks consisting of BNP Paribas as Facility Agent and with Banco Bilbao Vizcaya Argentaria SA - Milan Branch (“BBVA”) and HSBC Bank plc as Mandated Lead Arrangers and Bookrunners has granted a EUR475m Senior Unsecured Term Loan, guaranteed by SACE as part of the Push Strategy program, in favour of Mexico's Ministry of Finance. The financing is related to the development of Governmental projects in the transportation, maritime, environment and energy sectors
Push Strategy SACE - 15 November 2022
Nogaholding Signs 300m USD Push Facility with SACE
The Oil and Gas Holding Company B.S.C (“nogaholding”), has signed a $300m Push Facility with the Italian Export Credit Agency (SACE), for financial support on key energy projects in the Kingdom of Bahrain, further strengthening the Kingdom’s relationship with Italy.