From Basilicata to the world: Cicoria machinery reaches Africa and Central America

SACE SIMEST, the export and internationalization hub of the CDP Group, has insured exports to Africa and Central America by Cicioria, a Lucanian farm machinery manufacturer. 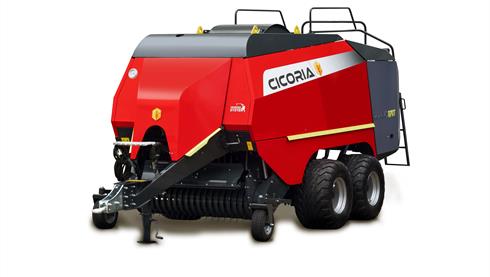 With three credit insurance transactions, concluded directly online at the website sacesimest.it for a total value of €600,000, the company has protected its sales to Kenya, Tunisia and Costa Rica from the risk of default due to political and commercial events.

“The contracts with SACE enabled us to offer extended payment terms to our customers, using that instrument as a competitive commercial factor against proposals from other non-European countries or to enable our commercial partners to maintain a larger stock of machinery than in the past," declared Marco Cicoria, CEO of Cicoria.

Formed in 1927, Cicoria is specialized in the production and marketing of machinery for the harvesting of straw and fodder and the threshing of high-value seed.  With constant attention to technological development and high performance of its machinery, the company has captured international markets over the years. Thus far Cicoria machinery is present in 50 countries on four continents.

Cicoria has been partnering with SACE SIMEST for years now. In the past, the company has insured its exports in such emerging markets as Uzbekistan, Algeria, Ukraine, and Argentina, where the particular political-economic context requires the hub's insurance coverage to permit more advantageous payment conditions for foreign customers.

SACE SIMEST renews its commitment to the excellent firms of southern Italy in their growth programs for foreign markets. In 2017 alone, we have mobilized € 635 million in favor of more than 3,000 southern companies.