When autocomplete results are available use up and down arrows to review and enter to select..
Deals SACE - 27 September 2018

Tectubi Raccordi: Ready to Compete in the Global Market

SACE SIMEST, the export and internationalization hub of the CDP Group, and Gruppo Bancario Crédit Agricole Italia have finalized a €5 million loan to support the growth of Tectubi Raccordi, an Allied International Group company, among the principal world producers of forged steel fittings for use in the oil&gas, nuclear, energy, and petrochemical sectors. 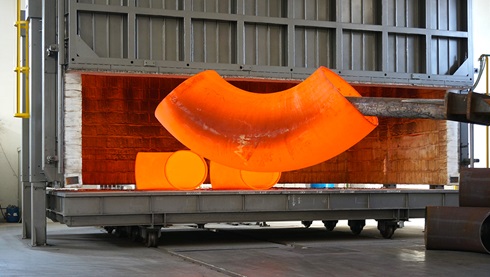 The loan, issued by Gruppo Bancario Crédit Agricole Italia and guaranteed by SACE, is earmarked to support investments in plant and machinery to improve production efficiency and a group plan of acquisitions to strengthen its positioning in target markets. The recent acquisition of the Bassi group, another longstanding player in the production of fittings, for which the plants and personnel have been retained, has also enabled the Allied International Group to improve competitiveness, gain market share, and reach almost 1,000 employees in Italy.

The company today has a broad network of subsidiaries and affiliates worldwide and five plants in Italy, with the objective of supporting local development for a total of 450 employees. Tectubi Raccordi, founded in 1954 and acquired by Allied International Group in 2003, was the first Italian company to produce steel buttwelding pipe fittings for use in nuclear and thermal power plants, LNG plants, oil & gas and water pipelines, offshore & subsea and petrochemical plants.

For over half a century the company has been collaborating with the most important EPC companies and is also the principal producer of superpipes for nuclear power plants. In the past ten years, exports have accounted for over 90% of sales to its reference markets: Europe (especially UK and France), the Middle East (particularly the Arab Emirates and Saudi Arabia), China, India, South Korea, and North and Sub-Saharan Africa.  North America is a separate consideration: it is currently the most important market for the majority partner of the group, to which Tectubi Raccordi provides essential support through the production of 3D elbows in its Castel San Giovanni plant.

In recent years, Tectubi Raccordi has built a latest-generation plant at Castel San Giovanni (Piacenza). The Allied International Group has reached total annual production capacity of almost 100,000 tons of finished product, 48,000 of it through Tectubi Raccordi alone. With this initiative in conjunction with Gruppo Bancario Crédit Agricole Italia, SACE SIMEST, with a regional office in Bologna, confirms its commitment to help local companies express the best of Italian excellence in the world. In 2017, SACE SIMEST mobilized resources totaling €1.4 billion on behalf of over 1,700 companies in Emilia Romagna.

SACE: Paola Valerio is the new OECD’s Export Credits Group Chairman
Paola Valerio, Head of International Relations at SACE, has been elected Chairman of the OECD Working Party on Export Credit and Credit Guarantees (ECG), and Vice-Chair of the Participants' Group
Push Strategy SACE - 17 November 2022
Business opportunities in Mexico for Italian companies thanks to SACE, BNP Paribas, BBVA, and HSBC
A pool of banks consisting of BNP Paribas as Facility Agent and with Banco Bilbao Vizcaya Argentaria SA - Milan Branch (“BBVA”) and HSBC Bank plc as Mandated Lead Arrangers and Bookrunners has granted a EUR475m Senior Unsecured Term Loan, guaranteed by SACE as part of the Push Strategy program, in favour of Mexico's Ministry of Finance. The financing is related to the development of Governmental projects in the transportation, maritime, environment and energy sectors
Push Strategy SACE - 15 November 2022
Nogaholding Signs 300m USD Push Facility with SACE
The Oil and Gas Holding Company B.S.C (“nogaholding”), has signed a $300m Push Facility with the Italian Export Credit Agency (SACE), for financial support on key energy projects in the Kingdom of Bahrain, further strengthening the Kingdom’s relationship with Italy.